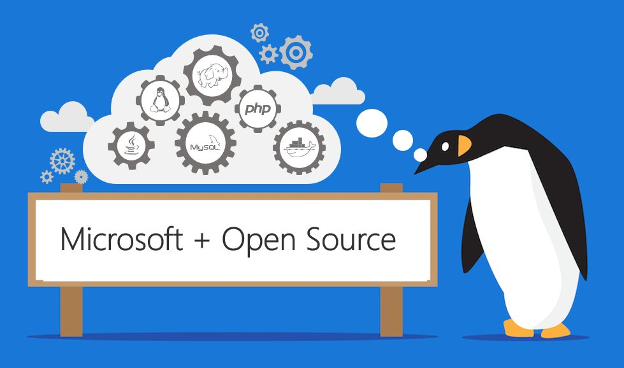 Whenever I have been asked to talk about open source software, I would always compare Linux, the free, open source operating system used for most Internet servers, to Microsoft Windows, the operating system used by most business users. Linux represented the revolutionary new way to develop software. Windows represented the old, proprietary way to develop and charge for software.

In Luke Skywalker terms, if Microsoft controlled the empire, Windows was the Deathstar, the central platform from which all of the world’s software was controlled. Its former CEOs, Bill Gates and Steve Ballmer famously viewed open source to be a threat to the empire, likening the growing band of open source developers to the rebel forces.

But not anymore. About ten years ago, as the world started looking towards the cloud, new CEO Satya Nadella started moving Microsoft towards open source adoption. Early on, Microsoft began open sourcing some of its code, including the .NET Framework and Visual Studio Code, and made investments in Linux development, server technology, and organizations, including the Linux Foundation and Open Source Initiative. (See the related Wikipedia article.)

Indeed, Microsoft’s adoption of open source took several surprising turns. In 2014, the company opened the source of its .NET Framework to promote its software ecosystem and stimulate cross-platform development. As an example, we use .NET Core, which is the Linux-based version of the ubiquitous .NET framework. The company also began investing in Linux server technology and Linux development to promote cross-platform compatibility and collaboration with open source companies and communities.

Today, Linux-based operating systems power the company’s Azure cloud services. And, somewhat ironically, in 2018 Microsoft acquired GitHub, the largest host for open source project infrastructure in 2018, with Microsoft among the site’s most active contributors. And, in 2019 Microsoft dumped its proprietary IE code in favor of Google’s open source Chromium project (also the basis for Google Chrome) in 2019.

Me? I just smile as I watch the technology world turn on its axis. I started in the days of timeshare, where you rented slices of a mainframe’s time (the software was free) to do your computing. Minicomputers were the next step, large but would fit in a small office and affordable for many (software still free).Then the PC, which everyone could own with proprietary software to which at first you could buy and then later subscribe.

Now we have come full circle, getting our computing done centrally on what could pass as a large mainframe, enjoying free software.Who would have thought Microsoft would make the switch? True, Windows and Office 365 still aren’t free or open source.  But the company has over 35,000 engineers using Github Enterprise Cloud to host and release official Microsoft open-source projects, samples, and documentation.