The Merlin team originated at a large national law firm where John Tredennick, founder and CEO of Merlin, was a longtime trial lawyer, technologist and law partner. In 1995, the firm designated Tredennick as Chief Technology Officer, the first at any major law firm. One of his first steps was to hire a sophisticated team of software developers to build web-based workflow systems to connect the firm’s ten offices across the country.

Litigation Systems:  In 1998, the team initially offered workflow systems to help legal departments and law firms across the country collaborate in complex, multi-jurisdictional litigation. One major engagement involved developing a litigation platform for the defense of trillion-dollar qui tam claims against the oil and gas industry. The matter continued for more than a decade, with approximately 350 clients and law firms coordinating digitally on the defense. The team supported other cases, including a large offshore wage and hours claim against nearly a dozen major retailers.

Awards:  The team’s efforts and projects were documented by Microsoft and Adobe, which cemented their burgeoning reputation as legal innovators. After the team was awarded several technology awards beyond the legal realm, in 1999, Adobe’s CEO nominated them to be enshrined in the Smithsonian Institute as part of the Computerworld-Smithsonian Innovation Archives where they joined such technology luminaries as Netscape, eBay and Fannie Mae (the first Internet-originated mortgage company).

By 2000, so many people were hiring Tredennick’s team for legal technology services the firm decided to spin out the business under the name Catalyst Repository Systems. Over the next decade and a half, Catalyst grew from a handful of employees to more than 180 employees across the world. Data under management grew from a few hundred gigabytes to petabytes stored in five data centers in the U.S. and Asia. Catalyst’s clients included many of the largest companies and law firms in the world.

In January 2019, Catalyst was purchased by OpenText, a multibillion-dollar global technology company. Not ready to retire, Tredennick founded Merlin Search Technologies Inc., where he was joined by an increasing number of his old team members. Their goal was to build software using the latest in open source and cloud technology to help clients automate review workflows and streamline compliance efforts. 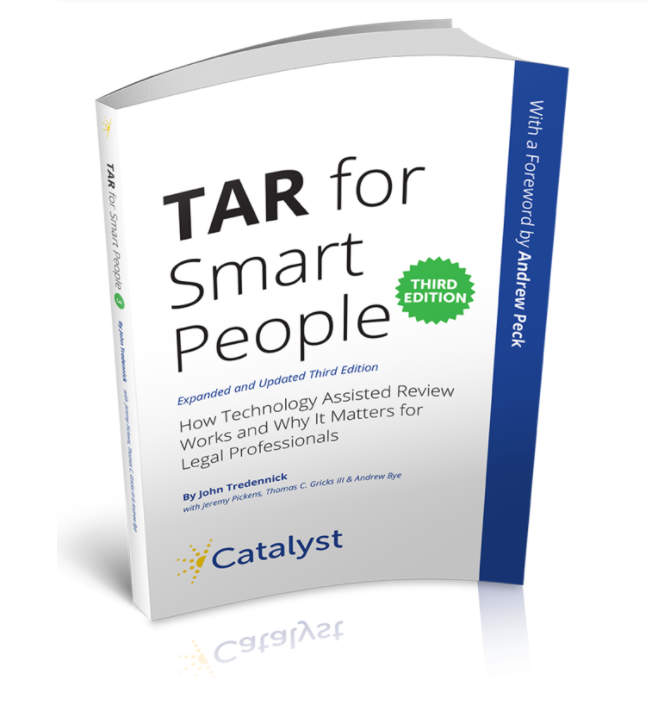